Thinking of menopausal hormone therapy? Here’s what you can expect from your GP 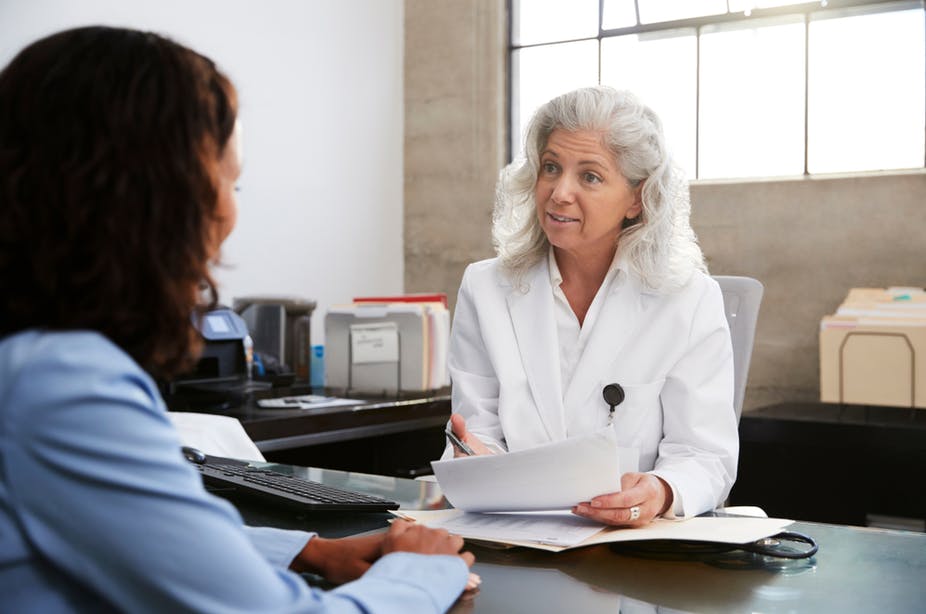 There’s a lot of information to take in. So it’s OK to discuss options for managing your menopausal symptoms over several consultations with your GP.

We have seen increasingly dramatic headlines over the years on the risks of menopausal hormone therapy (MHT), also known as hormone replacement therapy.

An alarming study in 2002, which found an apparent increased risk of breast cancer in women who took MHT, prompted the first of these headlines.

But newer evidence has been reassuring. It’s also a reminder that when considering your options, any risk associated with taking MHT needs to be balanced with the benefits.

This balance is the main thing your GP will consider when discussing whether MHT is right for you.


Remind me, what’s all this about breast cancer?
In 2002, the Women’s Health Initiative study found women who took MHT had a 26% increased risk of breast cancer. This finding, which was later disputed, led to a 55% drop in MHT use in the next three years.

A reanalysis of the data showed a lower risk of breast cancer in some women.

And in 2016, a statement from the world’s leading menopause specialists said the benefits of MHT are more likely to outweigh the risks if women with symptoms start taking it before they turn 60 or within ten years after menopause.

Then a study published in The Lancet in recent months suggested the risks might be greater than once thought.

However, this study combined the results of previous ones, including observational studies, which have limitations. Observational studies show associations between one factor and another, rather than one causes the other. So factors other than MHT might be at play in increasing a woman’s risk of breast cancer. As a result, these studies tend to overestimate the risks.

Other risks linked with MHT include thromboembolism (a type of blood clot). And in older women, there’s an increased risk of stroke.


Menopausal symptoms, like hot flushes, can be severe and last for years. from www.shutterstock.com
So, if you are one of approximately one-third of women aged 40-65 suffering moderate to severe menopausal symptoms, what do you need to know?

What type of symptoms are we talking about?
Most women experience menopause (the date of her last period) at around 45-55 years of age. Some women’s periods stop before then, either spontaneously or due to some medical treatment, with varying symptoms and health risks.

However, menopausal symptoms may start before periods stop, and last on average seven to ten years. For a minority of women, symptoms can last for longer.

What are the benefits of MHT?
MHT is available in different forms such as a tablet, skin patch, gel, and vaginal pessary or cream. These have advantages and disadvantages.

For example, some act on the whole body such as tablets, gels, and patches while others such as vaginal creams and pessaries act on the local area only. Those that act locally have no increased risk of breast cancer or thromboembolism.


MHT is an effective treatment for hot flushes, night sweats and vaginal dryness. Other treatments, such as bioidentical or natural hormones, have safety concerns. Others, such as phytoestrogens and many other herbal preparations, don’t work.

Different risks and benefits for each woman
The balance of risks versus benefits of MHT varies from woman to woman, depending on a number of factors. Here are some hypothetical examples.

1. Gina is a healthy 52 year old with menopausal symptoms, a family history of breast cancer (her mother was diagnosed at 65), and low bone density

If Gina’s menopausal symptoms are troubling her, then MHT is a reasonable option. Not only is it the most effective treatment for her symptoms, it has the added benefit for bone health. Gina will need a comprehensive assessment to decide the best type of MHT.

Breast cancer is the most feared risk of MHT. The risk depends on the type of MHT and how long it’s used. But that risk declines after Gina stops using it.

The Lancet paper showed that for women with a family history of breast cancer like Gina, MHT use does not further increase her breast cancer risk. But it also showed that longer use of MHT is associated with a slower decline in risk after stopping using it.

2. Sarah has menopausal symptoms, has had both ovaries removed and a hysterectomy, is obese and drinks moderately

Sarah’s going through what’s called a “surgical menopause” and has the physical symptoms that go with it, including hot flushes.

Her obesity and moderate drinking already increases her risk of breast cancer. The Lancet paper showed that the use of oestrogen only-MHT (the type of MHT she’d take because of her hysterectomy) does not further add to this risk.

3. Sam went through menopause before she turned 45

One in 10 women experience menopause before the age of 45, like Sam.

This puts her at a 30% lower risk of breast cancer compared with women who experience menopause later in life.

However, early menopause is associated with a greater risk of premature death, including from heart disease as well as substantially greater risk of osteoporosis and fragility fracture in later life.

So her GP will likely advise her to take MHT until the average age of menopause. This restores her breast cancer, heart, and mortality risk to approximately what it would have been if she had not gone through an early menopause. It also reduces her risk of bone thinning (osteoporosis).

4. Lee is 65, has vaginal dryness but no more hot flushes

Vaginal symptoms, including discomfort from vaginal dryness, are common in postmenopausal women like Lee. And vaginal oestrogen preparations as a pessary are an effective and safe option.

Vaginal oestrogen acts locally so does not improve bone health and does not increase blood clots or breast cancer risk.

So how best to act on this?
The decision about whether to use MHT, which form, or to consider an alternative to MHT to manage your symptoms can be a complex one.

So, it’s important to form a partnership with your doctor who can guide you to make an informed decision. You may need several discussions over a period of time to fully consider what is right for you. 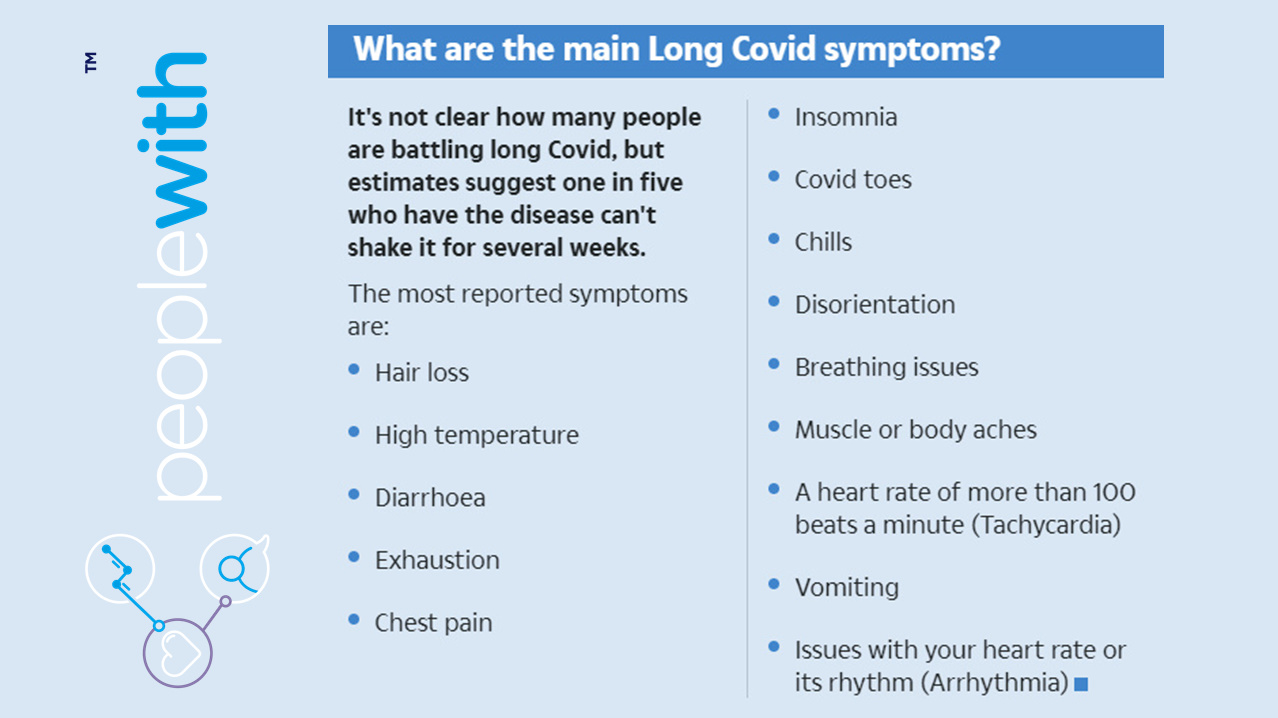 Half of Long Covid patients felt better after getting jabbed, study finds

OVER 50 per cent of people who have Long Covid feel better after having their coronavirus vaccination, a study has revealed.... 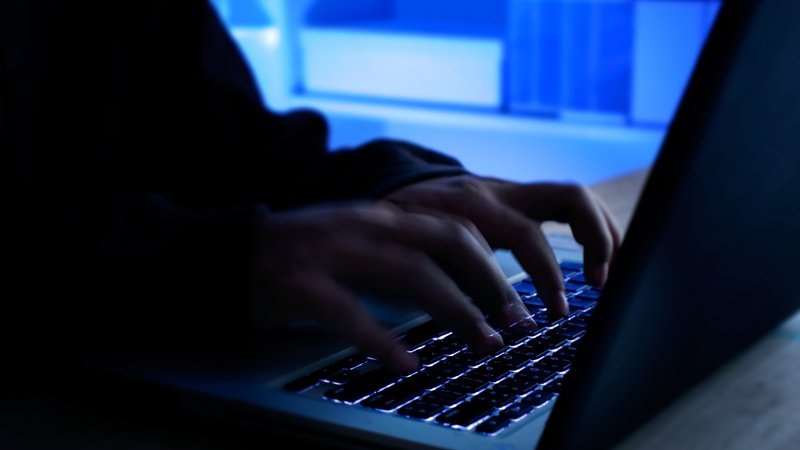 HSE was forced to shut down all its IT systems following a ransomware attack...