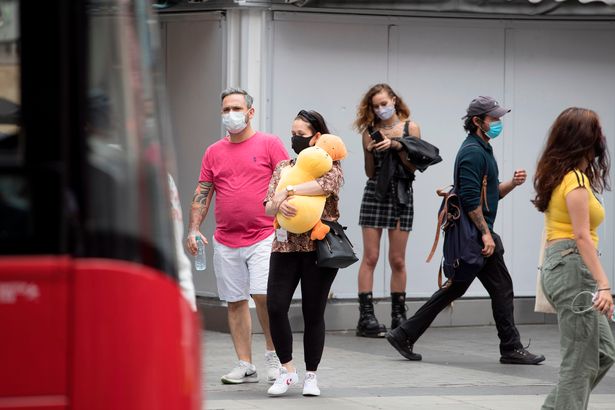 The R rate in London is estimated to have reached almost three.

Researchers found that the capital has reached an estimated R rate of 2.86.

The estimate means that each infected person can pass on the virus to nearly three other people.

Two other regions in the south of England have R rates above two, and there is also a rise in the Midlands,

However, figures suggest that the numbers in northern hotspots are falling.

In the South East the rate is estimated at 2.34, according to a study by Imperial College London and Ipsos MORI, while in the South West it is 2.06.

The East of England also has an R number above two, with experts estimating it at 2.18.

The rate needs to stay below 1 in order for the number of cases to fall.

It comes amid falling rates in the North West and North East, which are estimated to have dropped to 1.21 and 0.57 respectively.

Across England the R rate is estimated to be 1.6.

The REACT study, published today, says worrying patterns are emerging in the south.

It said: "We previously reported that prevalence was highest in northern parts of England.

"While this is still the case, there is suggestion that the epidemic may be turning down in the North East, although there are still marked increases in prevalence amongst the most vulnerable population at ages 65 years and over.

"The epidemic is now increasing most rapidly in the Midlands and South.

"Patterns of growth rate and the age distribution of cases in the South now are similar to those observed in northern regions during the prior two rounds of this study."

Researchers warned that the country is now at a "critical stage", and said that increased hospitalisations and deaths are "inevitable" during the second wave.

It is now feared that the daily rate of new infections could reach higher levels than they did at the start of the pandemic, with the UK's official death count currently standing at 45,675.

Infection rates have gone up in all regions, the new data suggests, with 128 in every 10,000 people estimated to have the virus between October 16 and 25.

The conclusions are based on random testing of 85,000 volunteers across the country.

In their report, scientists warned that measures to control the spread must be followed in order to contain the pandemic.

It said: "The co-occurrence of high prevalence and rapid growth means that the second wave of the epidemic in England has now reached a critical stage.

"While it is possible that some of the current control measures may be too recent to have fed through to the data reported here, the high prevalence already reached and the rapid acceleration mean that inevitably there will be large numbers of hospitalisations and deaths resulting from the second wave.

"Whether via regional or national measures, it is now time-critical to control the virus and turn R below one if yet more hospital admissions and deaths from Covid-19 are to be avoided."

Experts say the virus can generally be detected for 10 days after the initial infection.

Scientists believe that around 960,000 people have the virus in England each day, with around 96,000 new infections every 24 hours.

Infection rates were highest in the Yorkshire and The Humber, where 2.72% of people have the virus, with the North West second on 2.27%, the data reveals.

The South East currently has the lowest prevalence with an estimated 0.55% having the virus.

The report said: "Our data across all previous rounds of our study indicate that at least half of people with detectable virus will not report symptoms on the day of testing or week prior, therefore studies that rely only on symptomatic reporting of cases will under-estimate population incidence."

Professor Paul Elliott, Director of the programme at Imperial from the School of Public Health, said: “These interim findings paint a concerning picture of the situation in England, where we’re seeing a nation-wide increase in infection prevalence, which we know will lead to more hospitalisations and loss of life.

“We’re also detecting early signs that areas which previously had low rates of infection are following trends observed in the country’s worst-affected areas.

“Now more than ever we must all work together to curb further spread of the virus and avoid subsequent overwhelming of the health service.”

Yesterday the Department of Health confirmed the UK's coronavirus death toll had risen by 310, with a further 24,701 new infections confirmed. 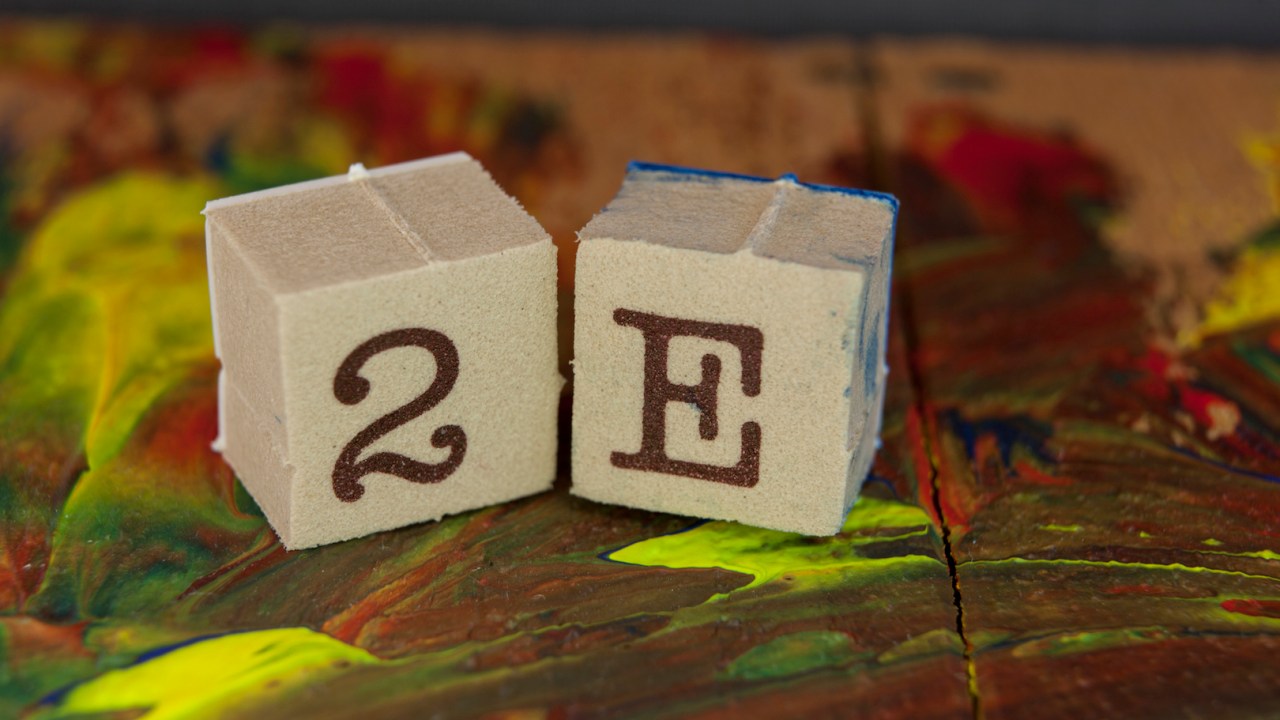 What Does Twice Exceptional Mean? Identifying and Nurturing Gifted Children with ADHD

The intellectual potential of twice exceptional youth is great. At the same time, they have an enduring disability or disorder that inhibits their lea...

Alyssa Milano opened up about her lingering symptoms as COVID-19 “long-hauler” in a new interview on The Dr. Oz Show. The actress said she’s ...