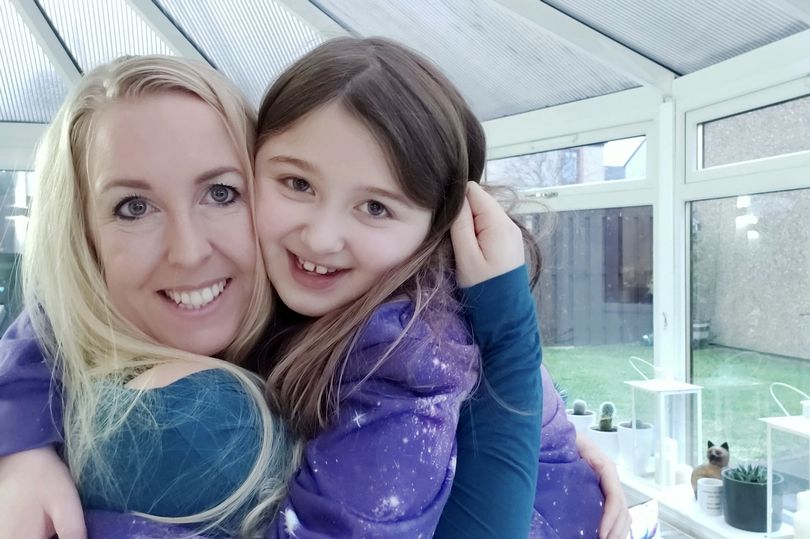 A formerly healthy little girl who is suffering from severe 'long covid ' has been too ill for school since October. Anna Hendy became infected with the virus in April along with mum Helen Goss, 37, and her partner in Westhill, Aberdeenshire.

The eight-year-old has since had to go to hospital twice in the past ten months and was so tired she would sleep at her desk.

She then became so anxious she was too frightened to go inside after being plagued by the severe symptoms of long covid.

It comes after at the end of April Anna became really ill and had a fever which reached 40C, a rash, muscle weakness, fast heart rate and changes to her taste and smell - now suspected to be post-viral illness Paediatric Multisystem Inflammatory Syndrome (PIMS).

Stay-at-home mum Helen had done two years' nursing training and drew up an 'obs chart' including taking her daughter's temperature and monitoring her fluid intake.

When Anna had not urinated for 12 hours, Helen phoned NHS 24 and was advised by a medic at the Aberdeen Royal Infirmary's covid hub to bring her in if nothing changed within the next two hours.

However as Anna did then go for a wee her mum decided not to take her into hospital - and now wonders if the symptoms would be as persistent if her daughter had been admitted then.

She now experiences recurrent symptoms including headaches, muscle aches, nausea and getting flushed cheeks, as well as a rash reappearing and feeling heavy and slow.

Mum-of-one Helen believes childhood long covid has been completely overlooked and fears the healthcare system could be overwhelmed if children are sent into schools which do not have the resources to make them well ventilated and with distancing.

Helen said: "It is such a shame for schools because they have been put in a position where people are saying 'schools are safe'.

"It is a huge gamble with health but you can catch up with education."

The family were diligently trying to avoid catching covid, wiping down shopping and staying indoors to the point where Helen questioned whether they could have caught it from their cats.

She said the public perception that children were not at serious risk from covid was incorrect, as her daughter had no underlying health issues when she caught it.

Helen said: "On Anna's first day back at school she was so, so tired, she was like a little zombie putting her head down on the desk.

"She is a conscientious child and not naughty, and I thought we would persevere as education is super important."

One of the side effects Anna has experienced is difficulty sleeping, and she was unable to concentrate - but Helen said the school and local authority had done everything they could to support her, including getting an educational psychologist involved.

Helen said: "She physically couldn't get herself into school, she was too frightened of catching it again.

"None of her friends had had it, it was a very isolating experience.

"I have got no idea how we got it, I was wiping down shopping, doing everything possible."

The school doctor prescribed melatonin which has helped improve Anna's sleep, and also identified an iron deficiency, and blood tests at the Aberdeen Royal Infirmary revealed a thyroid issue.

The family have no idea when Anna will be healthy again but hope the symptoms will wear off, although they have said support from the school doctor has been the best care they have received from medics.

Helen said: "She's getting much more sleep but she's still getting flare ups.

"She hasn't been to school since early October.

"We did a staged plan, but she was so scared, her anxiety has been sky high.

"I can't send her back in there until I'm sure school is a safe place.

"They can only work with what they've got, they don't have the space to space everything out or money for new ventilation systems.

"It is not easy for schools - they can't create a covid-secure environment.

"She's just in a muddle - it's not only the physical effects but the mental health impact.

"If there is a chance of reinfection I can't risk her health - this time six months ago I really wanted her in school but this new variant has changed my attitude."

Since November Anna has been enrolled in e-Sgoil, digital learning to support children in the Western Isles - and she has won an award for her efforts, but still misses days at a time due to long covid.

Helen now wishes she had taken Anna to hospital in April, and added: "With hindsight if she had now what she had then, she would have been taken in.

"I was taking her temperature, her heart rate, monitoring her fluids, and giving her Dioralyte in Ribena, she was having ice lollies.

"Had she been treated would she still be experiencing this?

"There is still so little acknowledgment that it exists in kids, it is frustrating - it feels like being dismissed.

"It just undermines how sick she has been."

Because Anna was not seen at the time, PIMS has not been conclusively diagnosed but Helen recognised the symptoms from reading a news story about another child in ICU with it.

She added: "After that it has been non-stop doctors appointments, it comes and goes - some weeks she is feeling alright then it comes on suddenly.

"I just don't know how long it is going to take - the NHS is great if you break your leg but if it's a chronic issue it's not as good.

"Kids are suffering from long covid, there seems to be a lot of denial of that from the medical community and the governments and it's not helpful, the healthcare system is going to struggle." 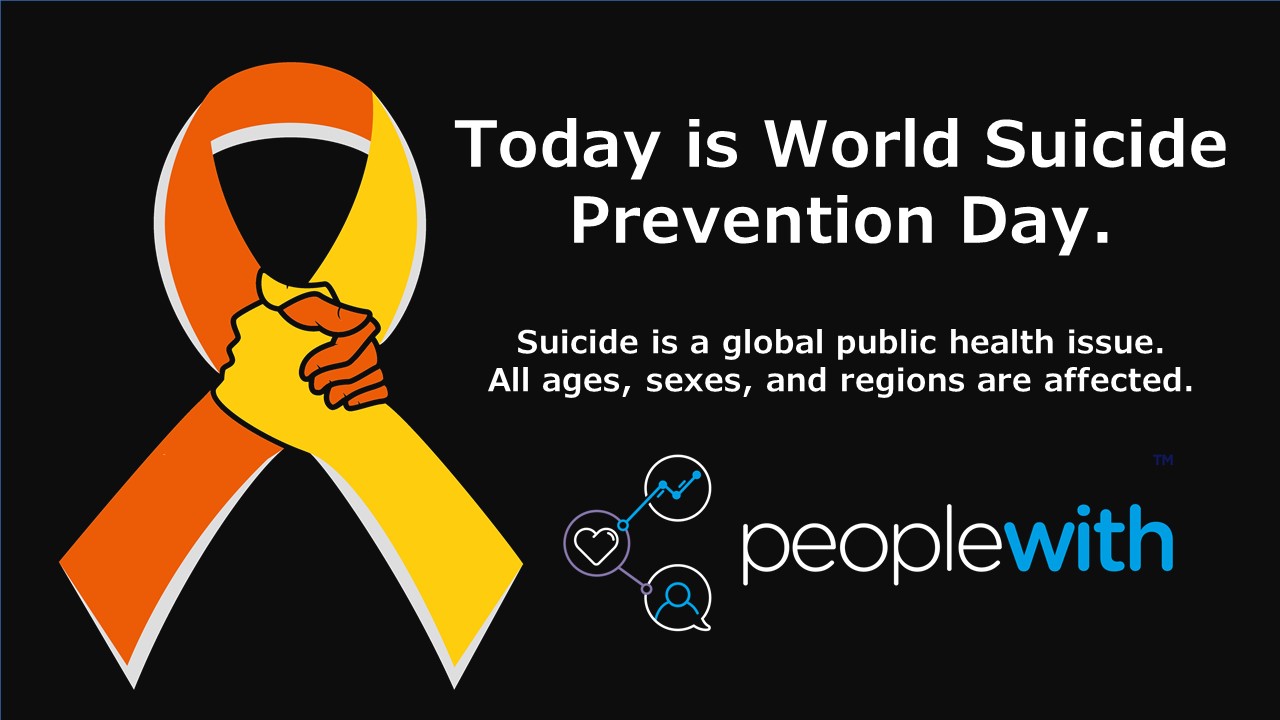 Now more than ever we need action on suicide prevention

The conversation around mental health, and sadly suicide, has never been more relevant and pertinent in our society....

Long COVID and periods: The unspoken impact on female well-being

Women who have recovered from coronavirus say they have noticed changes to their periods...