MATT HANCOCK will address the nation from Downing Street tonight after a series of vicious attacks from Dominic Cummings.

The Health Secretary will hold a televised coronavirus briefing at 5pm as ministers look to defend themselves from claims made by the former No10 adviser. Giving evidence to MPs yesterday Mr Cummings launched a seven-hour assault on the Government, criticising the handling of the coronavirus pandemic.

Mr Hancock came in for the heaviest battering as the former Vote Leave chief said the Health Secretary "should've been fired for at least 15, 20 things, including lying to everybody on multiple occasions in meeting after meeting in the Cabinet room and publicly".

Ministers are now scrambling to deny the allegations levelled by the ex-Downing Street employee, with the Health Secretary forced to answer questions from MPs on his handling of the pandemic at 10.30 this morning.

At 5pm tonight, the Minister will defend his actions as he takes questions from the public and journalists.

He will also outline the current situation with the Indian variant of the virus and the vaccine rollout.

All over-30s are now eligible for a coronavirus vaccine, with more than 38 million Brits receiving a first dose so far.

Meanwhile, cases of Covid have crept up in the past week, with the seven-day average rising by 18 percent.

Hospitalisations have also slowly begun to rise as the India strain spreads across the UK with 789 admissions in the past week, a 10 percent rise in the seven-day average.

Appearing in front of MPs on the health and science committees to answer questions on "lessons learnt from the pandemic", Mr Cummings accused Mr Hancock of performing "disastrously" below the standards expected.

He said the Health Secretary has acted with "criminal, disgraceful behaviour", misleading Boris Johnson by wrongly claiming at the start of the pandemic that those moving from hospitals to care homes would be tested for Covid upon arrival.

"It turned out that neither of those things were correct," he told MPs.

In more damning evidence he said vaccine procurement and test and trace had to be moved out of the Health Department due to concerns over the minister's competence.

Last night Mr Hancock said he had not seen Mr Cummings' "performance" as he had been too busy working on the jabs rollout.

As he arrived at his north London home on Wednesday evening, Mr Hancock said: "I haven't seen this performance today in full, and instead I've been dealing with getting the vaccination rollout going, especially to over-30s, and saving lives."

A spokesman for the Health Secretary went further and rejected the claims made at yesterday's committee session.

He said: "At all times throughout this pandemic the Secretary of State for Health and Social Care and everyone in DHSC has worked incredibly hard in unprecedented circumstances to protect the NHS and save lives.

"We absolutely reject Mr Cummings' claims about the Health Secretary.

"The Health Secretary will continue to work closely with the Prime Minister to deliver the vaccine rollout, tackle the risks posed by variants and support the NHS and social care sector to recover from this pandemic."

Mr Cummings also claimed yesterday that Mr Hancock was nearly sacked last spring and was only kept on by Mr Johnson as a scapegoat for the public inquiry into the pandemic.

Downing Street refused to comment on whether the Health Secretary nearly lost his job last year but said the Prime Minister had full confidence in his minister.

The Prime Minister's official spokesman said: "I don't plan to get into every allegation or claim made today.

"At all times the Prime Minister and the Health and Care Secretary have been working closely to protect public health during the pandemic, that's been the case throughout and continues to be so." 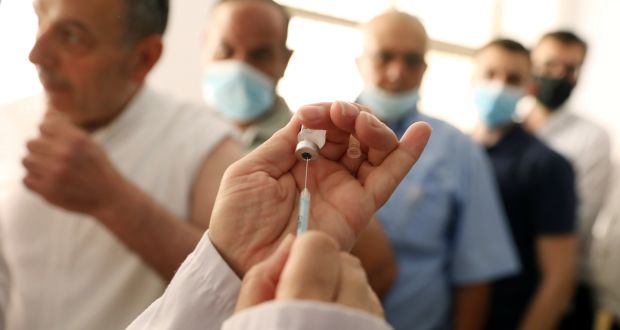 Men up to 50% more likely to die once infected, Society of Actuaries in Ireland says...

Inflammation has emerged as a key factor in the onset and progression of Type-2 diabetes, and rheumatoid arthritis is an autoimmune and inflammatory d...